I heavily use a handful of social media sites: Twitter, Google Buzz, Facebook, Ravelry (knitting community), and Flickr. I value each for different things, and Facebook is my least favorite. Especially since now they’re trying to take over the Internet.

Yet, Facebook is where my friends and family are, so I go there to hang out with them. Since I do not do a lot to maintain my Facebook presence, I pull in feeds to it from several places. I do pull items in from my Flickr account and from this blog.

I have mixed feelings about the broadcasting I’m doing on Facebook via the blog. I like it that my friends engage with what I write – leaving me their reactions or just an “atta girl”. Yet, by feeding the blog into Facebook, I’ve let Facebook capture the interaction on the blog post. So, instead of comments on the post, I get comments on my notes in Facebook. One level away.

A conundrum indeed. I value the interactions more than comments in “the right place”, so I’ll continue to do this. Unless, that is, Facebook drives me away… 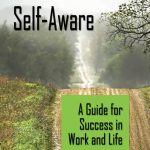